An Open Letter to Target 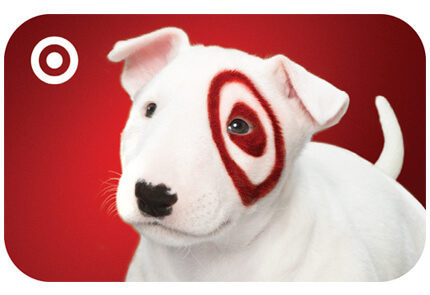 I’m really sorry to do this to you. I hate open letters. I really didn’t want to write one, but then I saw this OTHER open letter to you circulating the interwebs from some chick named Mary Martha hating on your restroom policy. You know, the policy in which you state you “welcome transgender team members and guests to use the restroom or fitting room facility that corresponds with their gender identity.” In her letter, Mary Martha states she’s afraid for her daughters’ safety in your stores now, positing that because of your progressive stance on inclusion, everyone is now at risk for sexual assault.

I have little nieces and a nephew myself, so I completely understand the fear regarding rape. It’s scary. It really is. And that is why I too am going to have to boycott you, Target, unless you can promise me that no Catholic priests use the bathroom with little boys. Not all priests are bad, of course, but I don’t really know how you enforce this policy without just keeping them all out. Did you know that over 3,000 priests in the last decade were given disciplinary action for the sexual abuse of boys in the church? And that’s just the ones we KNOW about. I did the math. That’s 60 priests per state, and approximately 2 for every Target in the nation. That’s a lot. Now I know that this abuse happened, by and large, outside of Target bathrooms, but that’s not the point. And to be honest, I don’t know how you fix this one, because over 80% of those cases of abuse were same sex. Little boys. Little boys who use the bathroom with men. Frankly I’ve worked myself into a fit about it, and if you can’t find a way to be less inclusive on this one, I’m going to have to stop buying your products. And I don’t want to get off topic here, but that is a damn shame, because your Archer Farms spicy maple bourbon pickle spears are FIRE good.

Target, I just thought of something! If I let my 5-year-old nephew go to the men’s room in K-Mart, a priest could get him there. I mean it’s unlikely, but you never know. You can’t really be too careful. I guess now I’m going to have to write an open letter to K-Mart too. And Piggly Wiggly. And, well, everywhere. This is gonna take a while.

Wait a second. I just thought of something else. I’ll bet those transgender people were ALREADY going to the bathroom of their choice. I’ll bet it would be even WEIRDER if they didn’t. I mean that doesn’t mean you hafta SAY it’s okay or acknowledge them or their feelings at all. You know, if everyone would have just stayed in the closet and learned to live with their god-given shame, like the Catholics wanted, we wouldn’t have to experience these uncomfortable social growing pains. Oh my god, I just thought of something else. I’m going to miss your Market Pantry peanut butter fudge ice cream. It’s hella delicious.

Okay there’s only one way to solve the problem. I can’t think of any other logical outcome. Clearly we must abolish all public restrooms. No one is safe anywhere. If you go shopping, you strap on an adult diaper. That’s it. It’ll become a thing. Shopping diapers, we’ll call them. It’s not weird if everyone does it, right? I mean, it’s kinda gross. Hmmm. Maybe I’ll do some research to see if it can be avoided.

Crap (no pun intended). I knew I shouldn’t have researched. Now I’m evolving on the issue, and I hate evolving, Target. It hurts my brain. Why didn’t I just stick to my gut reaction instead of researching!? WHY? Now I have thoughts, and statistics, like that lady Mary Martha.

Like for instance, Mary Martha cited research about rape from RAINN.ORG in her letter. That stands for Rape, Abuse & Incest National Network. I’ll bet they’re experts on the topic, and they say that “approximately 4/5 of rapes were committed by someone known to the victim.” In fact, the site LITERALLY states, “THE RAPIST ISN’T A MASKED STRANGER.” Mary Martha didn’t mention that statistic though. I think she was going for the fear factor.

I’m not sure why Mary Martha thinks Target’s policy means her daughters will inevitably see a penis. I looked it up. Turns out 100% of women’s restrooms do not have a urinal, meaning everyone tinkles behind a closed door in their own stall.

Even so, just the idea of it is SCARY, isn’t it? I guess the only way to know if this could happen is to see if there is any research to support it. (This didn’t really need its own bullet point, but it sets up the next few nicely.)

States like Hawaii have had gender neutral bathrooms for 10 years already. The State Civil Rights Commission says their non discrimination law “has not resulted in increase[d] sexual assault or rape.”

Cambridge, Massachusetts, has prohibited discrimination since 1997. That’s almost 20 years! According to their police superintendent there are “no incidents” of transgender protections being abused.

Minnesota has prohibited discrimination in public accommodations for EVEN LONGER, since 1993. First of all, I had no idea Minnesota was so progressive. Secondly, according to a Minneapolis police spokesman, sexual assaults stemming from the law were “not even remotely” a problem.

Many more states have had anti-discrimination laws in place for years to protect transgender people, without any incidents or problems directly arising from them. You can find the source for these statistics here.

Mary Martha suggested that 0.85% of the U.S. Population is transgender. Now, she just pulled that figure out of her ass, but since it’s her number let’s go with it. That would be 2,743,477 people. Mary Martha said that’s hardly anybody. Not enough to care about. Seems like a lot to me. I mean, the entire country of Ireland only has 4.5 million people, and probably about the same number of gingers as we do trans people (I just pulled that number out of my ass).

Mary Martha says we shouldn’t inconvenience the many for the good of the few. Let’s put aside for a moment that it would be MORE inconvenient to use shopping diapers for 100% safety in all situations. Doesn’t that argument sound a lot like George Wallace refusing to integrate schools in 1963? It’s not the black people, he said. They’re not bad. But integrating them causes all kinds of other problems. It’s disruptive to the white kids who are just trying to learn. Those poor white children, getting all inconvenienced and shit.

Wait a second, Target, don’t you have something called the family bathroom for anyone who wants to go in with their children? And isn’t that family restroom just one room by itself with a locked door? I just remembered! This solves everything! Someone tell Mary Martha.

I ran across some really alarming statistics about transgender suicide rates. Did you know the prevalence of suicide attempts among respondents to the National Transgender Discrimination Survey (NTDS) is 41 percent? By comparison the overall U.S. Population who report a lifetime suicide attempt is only 4.6!!! That’s sad, Target. It seems like the trans community might feel… I don’t know… not wanted or something.

Speaking of which, 57% of trans people have families who have shunned them. 50 – 54% have been bullied at school. 60% have had a doctor refuse to treat them. This next statistic is interesting, since Mary Martha was talking about sexual assault. 64-65% of gender non-conforming people suffered physical or sexual violence at work. 63-78% suffered physical or sexual violence at school. And 69% have experienced homelessness. Target, I’m starting to feel things and I DON’T LIKE IT.

You know, the more I sit here and think, the more I realize you can’t really control everything that goes on in your stores, Target. Not even priests, although I still find them kind of sketchy. But what you CAN do is promote change that will help a group of very disenfranchised people. What you CAN do is get rid of discrimination where you see it. What you CAN do is ignore protesters with their boogeyman tactics. Since all the data points to the fact that these laws and policies have never brought harm to anyone, what’s the big deal? I can’t help but think it’s a red herring, Target. A distraction from the truth.

One thing is for sure. I do NOT want to miss getting my Starbucks on while shopping for home decor items I don’t really need. It’s my fave. And Target, now that we’ve settled all this, I’ll be peeing in you soon. That didn’t come across right. I know you know what I mean. And I gotta say, I am more than a little relieved not to worry about shopping diapers.