A Coming Out Story 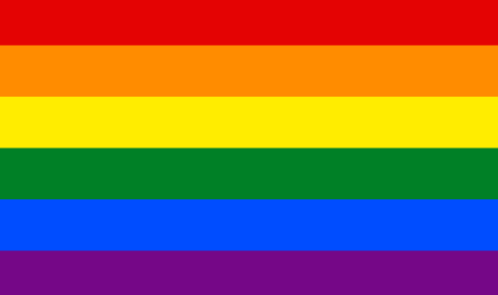 I have several coming out stories, but this is the one that stands out most in my mind. About twelve years ago I had just gotten a job as a high school English teacher in Bowling Green, Kentucky. It’s funny to think about now, but at the time I was closeted—well at work anyway. My close friends and most of my family knew I was gay, but I never told anyone in a professional setting. The last decade has been lightning fast on the issue of gay rights, but at the time in rural Kentucky, people did not come out. A majority of people there didn’t believe gays should serve in the military or be able to get married. A majority believed homosexuality was a sin. Even today sodomy laws are still on the books there. Even today an overwhelming majority of people do not support marriage equality. I live in St. Louis now, and telling someone I’m gay is like, “Oh yeah I like boobs, pass the ketchup.”

My very first day of teaching, the bell rang and my junior honors students filed into my classroom. After taking stock, I realized one of them was the younger brother of the last guy I had ever dated, who was pretty jaded when I came out to him. Shit. I also had the very religious principal’s son, and another boy who was obviously flaming. Sonofabitch.

Our first unit was The Scarlet Letter. I asked them to break up into groups and create their own utopias, kind of like what the Puritans were going for. It was a silly little exercise, but the principal’s son’s group—and others—banned homosexuality from their utopia. Gay people not allowed. The flaming boy piped up he’d join that group. Sure you will, buddy. Seeing as how it involved the principal’s kid, and I was a new teacher, I decided to move on instead of saying anything about it.

Throughout that semester I felt like there was a whisper campaign about Ms. Osborne the dyke. I’m pretty sure it came from the brother of the guy I’d broken up with. Later that semester, a female student developed a crush on me. I decided to ignore it, but she kept crossing uncomfortable lines. She wrote me a poem, and all I remember were the last two lines: “I love Ms. Osborne’s class, and I’d like to tap that sweet sweet ass.” After prom that year she came to my house—unbeknownst to me—and decorated my car and driveway with “I love you” written everywhere. Great. Just what I needed. My fear was that if anyone had any idea this was happening, they’d think I was some kind of pervert. The general consensus toward gay people was already slanted toward pedophile. I had no choice but to go the principal about it to make sure there was zero possibility it looked like I was messing around with a student.

Speaking of the principal, I mentioned she was a very religious woman. Before my second year started, she decided to conduct a required school meeting of all administrators and teachers at her mega-church. Let me repeat this for clarity. She required everyone who worked at a public school to attend our state-funded function at her church, also requiring we all bow our heads in prayer before it began. This was not an optional meeting, it was one that happened every year before classes resumed. It was state paid for, and state business. I’m not sure if there were any Jews or atheists or Muslims or even different denominations in the crowd, but I was certainly uncomfortable.

That second year, as I surveyed the students who filed into my juniors honors class, I discovered I had the son of the pastor of the mega-church. You have got to be kidding me, I thought. Interestingly, although they believed I was a sinner in the eyes of the Lord, they drove around in a Cadillac Escalade and had a lot of flashy expensive things. Hmmm. That didn’t seem very Jesus-y to me.

Also that second year, I believe I may have had a transgender student. At any rate, one day he wore a skirt to school. He was in my first period class. Every first period teacher had to make their students stand up and decide whether or not those students met the dress code. I thought nothing of the skirt. It was a long one, and if a girl had worn it, it would’ve been fine. Later that day the vice-principal informed me I hadn’t done my job, and that student was sent home for being a distraction.

For various reasons, I had decided teaching in this district in this rural area was not for me. A lot of it was No Child Left Behind and what they called KERA, the Kentucky Education Reform Act. They were terrible. So I put in my resignation with absolutely no plan about what to do next.

A couple weeks before school ended that second year, I was talking to the English teacher in the room right next to mine. I’ll call him Kyle. Since we were adjacent to each other, Kyle and I had become friends. I’m not sure, but I think he may have been Pentecostal. He was a really nice guy, and very mild-mannered. We bonded over not wanting to come to work. For some reason, and I don’t remember how, we got on the topic of gay marriage. I challenged him to a debate on the subject in front of his senior AP class, and he accepted. I happened to have my planning period at that time and figured, fuck it, I’m outta here soon anyway. This is something I would have never done if I hadn’t already quit.

When it came time for the debate, we each laid out our arguments. Kyle’s was almost entirely biblically based. He also referenced a woman in the UK who had recently tried to marry a dolphin. I made a joke about the dolphin and asked if that meant he thought being gay was a mental illness. I knew for a fact there were gay students in that classroom and I was not about to let him make them feel lesser than. As if on cue, a girl started crying and walked out. This girl had told me before that her mother was gay. I tried comforting her in the hallway, and Kyle joined us and asked what was wrong.

“What’s wrong?” I asked, incredulous. “Her mother is gay, and you’re basically telling us she’s going to hell. I mean that’s probably what’s wrong.” Then I suggested all three of us go into my room and have a talk.

In my room, I pressed Kyle further on his suppositions. “Do you take all of the bible literally?” I asked. “For instance, you don’t think all of the animals on the planet got onto Noah’s ark, right? It’s just a story.” Judging by his face, I think he’d never thought about that before. I kind of couldn’t believe it. I pushed further, offered more arguments that specifically negated his biblical position (old testament god supported slavery, beating people, killing a guy for spilling his seed, women as property, stuff like that; and new testament Jesus never mentioned it). Finally, and I don’t know why I did it–but he kept repeating the same arguments, and this student was still sitting there feeling raw about what he’d said–so I just looked at him in the eyes and said, “Kyle… I’m gay.”

He immediately covered his face with his hands and sunk down in his chair. He stayed like that for a full minute. I looked at the student and gave her a little smile. When Kyle uncovered his face and sat back up, he said, “Christa I’m so sorry.” I could tell he meant it. He had fallen right into my gay-agenda trap, in which I spent years befriending him so that he’d think I’m a human being before I dropped the gay bomb on him. (This is also how I convert your children to be gay.)

“Don’t be,” I said. “Who knows, maybe I am mentally ill, but not because I’m gay.” I winked at the student. This teacher wasn’t a bad guy (he just had bad gaydar). It was obvious he’d never been friends with a gay person, that he knew of. He’d never been forced to think about it. He was experiencing cognitive dissonance. Here’s this person he liked, he worked well with, who was funny and nice—who didn’t fit in with his perception of “a gay.” I left him to reconcile it on his own. I’m not sure if he ever did.

A couple weeks later I left that school and never looked back. That summer, I ran into my replacement one day at Barnes & Noble. He had been a student teacher the semester before, and apparently they gave him my old position. And I kid you not, we sat down for some small talk, and it turned into a conversation in which he tried to explain to me that being gay is a choice. That the bible clearly states it is a sin. That I was not born this way, but had chosen a misguided path. I’m pretty sure he was also Pentecostal. I congratulated him on the job, said we’d agree to disagree, and walked away.

I decided not just to leave that school, but also small-town Kentucky. I absolutely made the right decision. Sometimes, though, I do miss teaching. By and large, my students loved me. I felt like my job wasn’t teaching them Shakespeare as much as it was teaching them to think. I can only hope someone else is doing that for these kids. Who knows, maybe it’s Kyle. Sometimes I still think about him, with his head in his hands, and wonder how he feels about it now. If I ever had an impact coming out to anyone, he was probably the one. If this story exemplifies anything, it’s how important it is to come and and be out. The more people who do the more it will become a non-issue. (It also doesn’t hurt that it increases my dating pool.)