We Have a People Problem 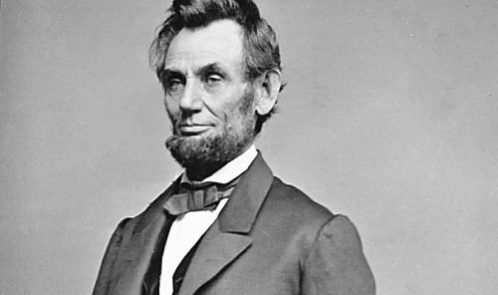 I like a lot of the things your party has traditionally stood for. I like personal responsibility. I like supporting our troops. I like reigning in government spending and being fiscally conscious. I like reducing bureaucracy. I like not intervening in world affairs unless absolutely necessary, which—you know, was more of a thing until recently. I love that your first President was Abraham Lincoln and your party was founded by anti-slave activists. That’s pretty awesome.

But here’s the thing I don’t get. I don’t get the gun issue. Let me back up. I get the second amendment. I’ve read it, and I’ve read the relevant portions of the Federalist Papers in which Alexander Hamilton discusses the need for citizens to be armed as a hedge against a tyrannical government. I get that people like to hunt. I get that people like target practice. I get that people like home protection. I get all those things. More than that—and I think more to the point—I get that we are a gun culture. That when our youth grow up surrounded by a certain way of thinking, it is a powerful force, and one slow to change. We Americans love our guns, and we love our freedom, and we believe that the one is the other.

Fine. I’m tired of debating the reasonable restrictions angle. I’m tired of pointing out statistics that support regulation. We want our guns, damnit, and yes—that means there will be collateral damages. We don’t care about loopholes or background checks or so-called assault weapons. Apparently—judging by the recent Senate vote—we don’t care if someone on a terrorist watch-list can buy one legally. It’s a shame that innocent people die, but it’s a part of life that comes with our gun culture. It just is. Yes, yes, I know what you say next. If someone is hell-bent on destruction, they’ll find other means. If they live in a cold climate, perhaps they’ll use a sharp icicle, or otherwise, perhaps they’ll acquire a weapon illegally. Blah, blah, blah. Fine. I’m done. You win! (By the way, I’d just like to point out you hate it when people use this argument in favor of abortion—you know, the one where people say women will find a way to do it anyway, regardless of whether or not it is illegal. Just sayin.)

Back to the part I don’t get. After the attack in Orlando, my Facebook was flooded with the usual gun memes, many of which say something along the lines of, “It’s not the guns that are the problem. It’s the people using them.” So I’ve decided to create an entire argument around that statement. I’m certain we can all agree that we abhor gun violence (or any violence for that matter) that kills innocent victims. I’m operating under the assumption that none of us wants to get dead for no reason. If this is not the case, I fear we will not be able to find common ground. So if you don’t believe restricting guns or high capacity magazines would have any effect on saving lives, then how should we approach our national gun-related death problem? And we do have a problem, statistically speaking. According to politifact.com, between 2005 and 2015 there were 301,797 gun deaths in the United States. That’s more than 30,000 Americans per year. Some of these were suicides and police-related occurrences, but many were homicides. Murder. Also according to politifact, Americans are 20 times more likely to be killed with guns than people in 22 other comparable developed countries. Twenty times more likely.

So, on the premise that we have a people problem—not a gun problem—what do we do about it? Wait, I’ve got it. We should just ban people. Like, not all people, just certain types of people. This country is filled with the wrong kinda people, amirite? Hold on, I’ve just thought about that for a second and it sounds a bit Nazi-ish, but I mean, we do have a people problem on our hands. Maybe we just get rid of the ones who say stupid stuff we don’t agree with. Hold up again, just referenced the amendment before the second one—apparently can’t do that. Screw it, how ‘bout the Muslims though? I mean they’re the terrorists, right? According to Donald Trump we should stop them from coming in the country. Ooops, just realized gun owners constantly point out that we cannot group the bad apples in with the good. I.e., responsible gun owners should not be punished for the few who aren’t. I.e., the millions of law abiding peaceful Muslims should not be punished for the few who aren’t. Thanks, gun owners, for reminding me I can’t use that argument. Oh shoot (haha, “shoot”). I just realized another problem with that whole Muslim ban thing, anyway. It’s also against the first amendment. The first one—before the second was a gleam in Alexander Hamilton’s eye. Honestly it’s against everything we stand for as a nation, and everything we’ve ever stood for, from the very first colonists who came here escaping religious persecution (probably should’ve led with that point).

Well what then? How do we fix our problem? There’s got to be something. Perhaps we could learn a lesson from the great historical documentary West Side Story. Other-izing people, using heightened rhetoric and bully tactics all lead to escalation. Escalation leads to violence. Violence begets violence. That’s probably not the direction we want to be going (cough *Donald Trump* cough). What’s that “e” word that means you have the ability to understand and feel emotion from the perspective of another human being? Oh yeah, empathy. Maybe we could take a page from the book of the greatest president in the history of the United States, Abraham Lincoln. Freeing the slaves took empathy. The desire to help fellow mankind. Empathy makes the world a better place. (Side note: Can you imagine if Facebook existed leading up to the Civil War? White southerners would be posting pictures of their dogs and made from scratch biscuits, and if anyone ever posted about how maybe slavery isn’t right, they’d be all like, “I don’t know why she has to get all political on here.”)

There are things we could do now, to help lift up the people in our society who need it the most—starting with education. We could extend free pre-K to poor neighborhoods, pay our teachers more to encourage the best and brightest to go into the field, hire more teachers to have smaller class sizes and more one-on-one interaction. We could and should implement measures to make college and post-secondary education more affordable for everyone. As Malala Yousafzai said, “With guns you can kill terrorists, with education you can kill terrorism.” We can increase the minimum wage to a livable one, so that people can have pride in their work and don’t have to “suck on the government’s tit.” We can make sure everyone has access to health care, particularly mental health care (so maybe the crazies won’t shoot us). We can help end systemic racism in the judicial system and elsewhere. We can offer people real rehabilitation during incarceration, instead of the system designed now to make profits. We can help immigrants who have lived here their entire lives and who pay their taxes have a path to legal citizenship. We can gather round a fire, hold hands and sing kumbayah my lord… wait, no. But you get the point. Believe it or not, these empathetic measures—that improve people’s lives—are actually accomplishable. They’re not just something Gwyneth Paltrow cooked up in her pie-in-the-sky perfect-life-world blog. And a happier nation would be a less murder-y one.

Speaking of murder, how did Lincoln die again? Oh yeah, a gunshot wound. I mean a people-wound. I find it interesting that 150 years after Lincoln’s assassination, the majority of minorities do not vote Republican. That’s weird, isn’t it? It’s like something happened between then and now. Well either way, the Republican Party did not even exist, in its current incarnation, at the birth of our nation. If you look at history, the divide between Republicans and Democrats isn’t the problem. It’s always been more about the divide between the haves and the have-nots. And perhaps more so now, it’s the divide between those who care, and those who don’t. I’d like to think no one wants to get dead for no reason. I know I don’t. I’d like to think we can come together to solve our people problem. And according to my social media, that’s the one thing we can all agree agree on—that we have a people problem.* But the thing is—and this is important—people are also the solution.

*(We can probably also agree this video will never not be funny).