What to Expect When You’re Expecting… Wait, Is That Already Taken? 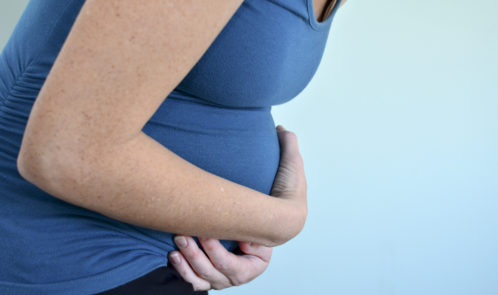 I’m a 40-year-old gay lady, so getting pregnant was never something I thought about much. I’d heard about the basics of being pregnant—the morning sickness, the swollen feet, something called trimesters that added up to about 9 months. I knew you shouldn’t smoke or drink while pregnant, which just seemed like common sense. But until I decided I wanted to experience pregnancy for myself and got inseminated, I had absolutely no idea what I was getting into when it comes to the list of things you are no longer allowed to do if you’re expecting. In fact, according to the internet, the list of prohibited (or at least questionable) activities and foods is so long, it is shorter to make a list of things that everyone agrees is alright to do. For your benefit, I have provided this list here so you too do not have to spend weeks poring over forums on “thebump.com.”

So really, I should shave this list down to just breathe. At one time I included “drink water,” but that got tricky. For instance, do you live in or are you visiting Africa, Asia, Eastern Europe, the Pacific Islands, Central or South America? Because according to the CDC, local water in 80% of the earth’s surfaces can result in anything ranging from loose stools to a ghastly death, and that has nothing to do with pregnancy.

My first inklings of guilt came after I got my positive three weeks after insemination. I immediately began to think of all the things I had done in that time that were socially unacceptable, even though I KNEW I had been inseminated. It was planned. I didn’t accidentally fall down on an erect penis one day—I PAID for this shit. What’s more, I am informed enough to know that a hot dog from a street vendor is not a responsible choice for me, much less a developing fetus. That weiner may have been my first brush with listeriosis, but it was not to be my last (also I just realized that sounds like I’m talking about a recurring STD, but that’s a whole other article).

To be fair, I usually don’t know I’m doing something wrong WHEN I do it. I consult all the lovely people of the internet after the infraction, which is a lot like looking at webmd when you’ve got a funny spot on your skin, and after 20 minutes of sheer horror, self-diagnosing end-stage cancer. Before I started consulting the internet, I had never even heard of the listeria bacteria. Or toxoplasmosis. Or that something called Zika would cause something called microcephaly. BEFORE I STARTED WRITING THIS ARTICLE I HAD NEVER HEARD OF CYTOMEGALOVIRUS! But now I have!

It seems there are a couple of camps when it comes to this stuff. The first camp is comprised of women like my mother, who were pregnant in the 70’s and before, when drinking, smoking, and pill-popping were far less stigmatized. These women ate lead-based paint like it was candy. I am almost certain my mother would tell you a few bumps of coke are fine as long as you don’t get carried away. I am almost certain she added the “don’t get carried away” part out of experience only after shooting out a couple kids. The second camp is comprised of the teetotalers. The Puritans. The risk averse. The ones who, if you were to construct a Venn diagram between them and people who insist that abstinence is the only way to “teach” kids about sex, the middle overlapping part would be labeled “people who burned witches in the Middle Ages.” It is these people who seem to dominate internet chat rooms.

I always thought I’d be the type of person to land more toward camp A on a sliding scale, but when I peed on that stick (and my leg and the toilet seat) everything changed. Let me put this in perspective: I am at the very end of my fertile years. I don’t sleep next to a sperm-making machine at night. It took months just to find a donor. I started with three shots of sperm, which I paid approximately $1000 each for, and two were already unsuccessful. I paid a doctor another $1000 each time to do the honors. I had surgery on my hoo-ha before I could even begin the process. I took all different manner of pills, got poked by needles countless times, self-administered shots, meticulously tracked my cycle for months, wrung my hands wondering if my gay-ass fallopian tubes even knew where they were supposed to be. And during the same time period, I was also engaged in an epic custody battle to adopt my niece, so the entire process ended up taking a year.

This. Was. It. This was my only chance.

And then I started reading the internet, but usually only after I did something I probably shouldn’t have. A couple of months in I was craving Chinese food really bad, and the only place I could find open at the time was a buffet in a shabby building with missing letters in its sign, the interior of which was so dimly lit I couldn’t tell whether the floor covering was tile or carpet, so naturally I crammed three plates worth of food into one Styrofoam to-go box. Even if I didn’t harm my unborn child with MSG or listeria, I could at least carry the guilt of harming the environment.

“Avoid buffets at all costs, particularly those in which the food may be sitting for hours!” the internet screamed at me. Well shit.

I drank an O’doul’s “non-alcoholic” beer while on vacation. Only to realize it does have a small amount of alcohol, approximately .05%.

The internet was not kind.

“If it’s not okay for alcoholics to drink an O’doul’s, then it’s not okay if you’re pregnant,” the internet said. “Horrible! It’s a fact, alcohol causes birth defects, so why would you risk even a little?”

I did the math. If the average beer has 5% alcohol by volume, then it would take 10 O’doul’s to equal one beer. So, quite literally, I took the equivalent of one swallow of regular beer, or—in the case of a glass of wine—dipped my tongue into the glass, and accidentally got a little down my throat. I hung my head in shame. How could I live with myself?

The general thinking of the loudest internet voices is basically “better safe than sorry.” The more I researched, the worse I felt. Because they’re not wrong, exactly, these voices. A woman’s immune system IS much more compromised when pregnant, much more susceptible to diseases that are otherwise inconsequential to an average adult. And the developing fetus IS extremely vulnerable to things the woman is not.

I began to look around me at all the dangers in my own home. If the unwashed fruit—was it even organic?—didn’t harbor a parasite, then my cat walking around on the table and counters with its toxoplasmosis paws would surely get me. The internet literally asked, “Would you rather have a cat or a baby?” I shook it off and reached for a prenatal supplement before realizing in horror it was synthetic folic acid instead of natural folate (there’s a difference!!) so my baby’ll probably be born without a spinal cord. I swallowed it anyway with a Gatorade out of the refrigerator, and I was halfway through the bottle before it dawned on me I’d just ingested several fluid ounces of “suspected carcinogen” red 40. I grabbed a Sprite instead and glanced at the nutrition label—44 grams of sugar! At this rate I was probably headed for gestational diabetes or maybe preeclampsia. I was hungry and heated up some leftovers, but the dish didn’t specifically say microwave-safe, so I tossed it. I decided to go to a restaurant instead but forgot my meat thermometer, so I figured maybe I should get some fish. But then I couldn’t remember which seafood has high mercury levels, so I settled on some eggs. They ended up looking too runny to be trustworthy and they came with cheese that I couldn’t verify was pasteurized. I thought about a salad, but you can’t be too careful about pesticides if you’re not doing your own washing. I was in a waking nightmare.

Enough internet and I’d get caught in these negative thinking loops. I’d imagine my baby turning out like that Steve Martin character in Dirty, Rotten Scoundrels. Ruprecht. The man-child who looks kind of normal, but is mentally incompetent in such an over-the-top way, that only Steve Martin could deliver the performance (do yourself a favor and google it). Sometimes I’d switch it up and imagine Sloth from the Goonies. Me and baby Sloth in a stroller. Me pushing little Sloth on the swings. Me and adolescent Sloth picking out a corsage for his Junior Prom even though no one wanted to go with him.

To alleviate my guilt I’d imagine going to confession even though I’m not Catholic. “Bless me father, for I have sinned,” I’d say.

“When I was 10 weeks pregnant I drank an entire large coffee from McDonald’s,” I’d break down sobbing.

My silence would say it all…

I’m only halfway through this pregnancy, and have no way of knowing what will happen. I know I will love little Ruprecht or Sloth no matter how they turn out. I’ve also been consulting the internet long enough now, that I’ve discovered these other countries called “France,” “Italy,” and “Japan” that have similar birth statistics to the Unites States but where espresso, wine and sushi are not enemies. So I feel pretty good about that. Plus, I figure I’ve GOT to be through the hard part. Once I finally have the kid, surely noone on the internet will be judgy about how I raise it. Right?