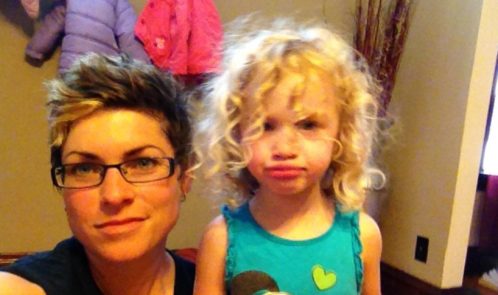 There are many ways the new Republican tax plan will have adverse effects on real people, but the one that is the most hypocritical for the party itself, the most heartless, and the one that will affect me personally the most in the coming year is the complete repeal of the adoption tax credit. I vaguely knew the shakeup of our tax code would benefit the wealthy and ultra-wealthy far greater than middle America, but as more reporting has been done on the nuts and bolts of the plan I’ve become downright appalled at some of the proposed changes.

Teachers can’t deduct classroom expenses they incur out of pocket (I used to be a teacher and can’t for the life of me understand this one), individuals can no longer deduct medical expenses (I use this one almost every year, because I work for a small business that doesn’t provide health insurance—and even worse I’m pregnant this year which will be extraordinarily expensive), and PhD students will face a devastating burden because their tuition waivers will be treated as income to be taxed (okay, I’m not going to be earning my PhD any time soon, but why would we want to hurt students?). But worst of all, Republicans are attempting to revoke in its entirety the credit that helps offset the immense cost of adoption in this country. They are hurting people for doing a good deed. They are ripping the rug out from under families who choose to give children a good home. Children who have nowhere else to go in many cases. Children in foster homes. Special needs children. Children in refugee zones. And the way Republicans like to look at it—children spared from abortion.

Let’s back up and talk about how long the tax code has incentivized adoption in one way or another. From 1981 to 1996, people who adopted were given a tax deduction for doing so. In 1997 the deduction changed to a nonrefundable credit. In 2012 this credit was made a permanent part of the tax code through the American Taxpayer Relief Act. Basically, for almost as long as I have been alive, through both Republican and Democratic administrations, the general idea that adoption should be encouraged and subsidized has never really been questioned. The tax code encourages all kinds of other things like home ownership and marriage, so why not?

Now let’s talk a little bit about why a credit is necessary, strictly from a financial standpoint. Just like becoming a teacher, no one adopts for any financial motivation. They do it because they want to give love and stability and security to a child. But unfortunately, adoption is an expensive undertaking and can range anywhere from $3,000 to $40,000, depending on a variety of factors. My adoption cost me $15,000. Had my adoption been finalized in 2016, I would have been able to claim up to $13,570 in a tax credit this year, which is the maximum allowable. But it wasn’t finalized in 2016. It took most of 2016 and wasn’t finalized until July of 2017, which means I am in danger of losing it altogether. Furthermore, the people who adopt are not rich people. They are middle class, middle income Americans, and a third are single parents just like me. They need this credit.

Why would we want to incentivize adoption from a societal standpoint? On any given day, almost 500,000 children are in foster care around the country. In 2015, more than 62,000 children whose parents’ rights had been legally terminated were waiting to be adopted. On average, children stay in state care for nearly two years, and although many are in foster homes a substantial percentage are in institutions or group homes. Every year, 20,000 kids age out of the foster care system without permanent families or assistance. Statistics show that these kids are more likely to experience unemployment, homelessness, and incarceration. So the benefit to society of state adoptions is obvious. But private adoptions are equally beneficial—these adoptions give birth mothers an option besides abortion, and we all know being pro-life is a bedrock piece of the Republican platform. How are you going to push against the right to choose, coerce women to have children they can’t take care of, and then make adoption even harder? That’s not pro-life, it’s despicable.

My adoption was through the state. My little girl was removed from her home at 11 months old and placed in emergency protective custody. The responding social worker described the state of the home as the worst she’d seen in her 20 years of experience. Little Caroline came to live with me when she was just 18 months, and although I didn’t know what the future would hold, getting her is the best thing that has ever happened to me. She just turned 8 years old. She has beautiful blue eyes and blonde hair and loves kittens more than anything in the world. She loves telling jokes and makes me laugh every single day. She is not a statistic. She is loved beyond measure.

I know we all want to simplify the tax code. I know that in order to cut taxes in one place, the government has to make up that revenue somewhere else, either by cutting spending or by shifting the tax burden elsewhere. But taking the adoption credit away from people will only save the government one third the cost of an aircraft carrier over the course of a decade—a drop in the ocean. The worst part is that the new tax plan is also projected to cause a 1.7 trillion dollar increase to our national deficit, so the savings from the adoption credit are pointless. Franky it’s offensive. As far as I can tell the plan is to slash the corporate tax rate and disproportionately put more money in the pockets of multi-millionaires, and in order to do so, Republicans will not only go against a long-standing party principle of increasing the deficit, but they will take money away from people who need it the most, including adoptive parents, public servants and students. This is not how you help your middle class. It’s how you dismantle it.

Please help me and my daughter (I love saying that) and thousands of others like us by calling your representatives and telling them to vote against this reprehensible bill in its current form.