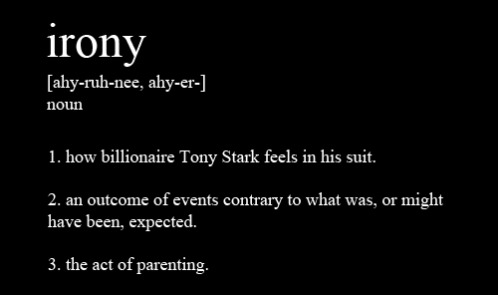 I wasn’t the likeliest of parents. I’m gay, was never married, have never been pregnant, and up until my mid-thirties had only wondered what it might be like to be a mom. But my life changed forever when a district court awarded me full custody of my 17-month-old niece. Instead of bringing home a baby from the hospital, I brought home a toddler from social services. With all the people in the world trying to get pregnant who can’t, I suppose it’s ironic I ended up getting a baby—me, a single tomboyish lesbian with no intention of child-rearing. Over the last four years, I’ve noticed hundreds of ironies about parenting in general, not just my particular situation. Here are a dozen.

2. Your bedtime is far earlier than it ever was before in life. You are always tired. I remember the college days, when staying up till 2 was the norm. Now I couldn’t get past 9 if red bull and strippers were involved. And yet still, I’m exhausted on a daily basis.

3. The thing which required sex to make (baby) results in you never having sex again. Although I didn’t make a baby within a gender normative relationship, this one still affects me. Of course I’m exaggerating—only slightly. In my case, it might be better stated this way: the thing which would be ideal to raise with two parents makes it impossible to find second parent.

4. You spend more time on personal care than you ever have in your life, but look and feel your worst. That’s because 99% of time spent grooming is on the kid, leaving 1% for the cat. Hours and hours spent bathing her, feeding her, brushing her… and then there’s the child. I used to look like 1990’s Janine Turner, and now I look like 1980’s Jason Bateman (photo evidence to follow). The irony for others here is that—at least presumably—they had to have some sort of sex appeal to attract someone to make a baby with them in the first place. And now it’s gone, just like number 3.

5. You make more money than you ever have in your life, but your piggy bank has never been emptier. Kids are expensive. In the last four years I have spent approximately $45,000 on Caroline’s school tuition. I’m considering demanding a bachelor’s degree when she graduates pre-K.

6. You successfully manage other people all day long, but can’t manage the tiny one at home. Or (in my case) you spent years on your higher education, graduating at the top of your class, but act like a slobbering moron to get the child to do what you want (which doesn’t even work half the time). The other day, in order to get Caroline to eat, I pretended to be the grean beans. “No, don’t eat me!” I pleaded, wiggling around one of the beans. “Please don’t turn me into poop. Anything but that. Just don’t eat me and turn me into poop! I don’t want to be poooooop!!!” It worked. Because poop is funny. Either I’m smarter than the kid, or dumber. I haven’t figured out which yet.

7. You force family fun situations. No one has fun. I took Caroline to Disney World several months ago and noticed this one everywhere. Parents dragging teary-eyed children through It’s a Small World or onto the Flying Dumbo ride or waiting four hours in line to see princesses. Four. Miserable. Hours. It was hot, the days were long, the kids were out of their routines, temper-tantrums abounded. I’ve noticed the same thing getting pictures with Santa. But we do it every year, maybe because our folks did it with us. “You will have fun dammit!” we say.

8. You always told yourself you’d never become your parents. When your child is old enough to be defiant, the first thing out of your mouth is something your mother would say. It’s ironic in the first place that you get a child as difficult as you were. But for you to turn into your mother on top of it is just salt in a wound. I have actually said to Caroline, “I’ll give you something to cry about!” I don’t even know why I said it, because I certainly didn’t mean it the same way my mother did, right before she’d reach into her purse for the dreaded plastic spatula she’d use to smack at me and my brothers as she chased us around in public places. But I said it. It came right out of my mouth. I don’t even know who I am anymore. Even if you’re determined not to make all the mistakes your parents did, don’t worry, you’ll make all new ones. Because irony.

9. You are constantly on your kid about listening to you, but tune them out all the time. I don’t know how many times I’ve lectured Caroline or ended up yelling at her because— She. Does. Not. Listen. To. My. Words. The flip side is I also don’t know how many times I’ve been trying to have a conversation with someone while she’s tugging at my shirt saying “mommy” over and over, and— It. Doesn’t. Even. Register. The day I realized we mutually don’t listen to each other was a total Keanu Reeves “Whoa” moment for me.

10. The child looks to you as a pillar of strength, assurance and safety. But life is just as scary for you as it is for her. You’re not afraid of the dark or the creepy looking Easter Bunny costume worn by some guy down at the VFW. Actually, scratch that, the bunny costume is emotionally scarring for anyone (click here). But you are truly frightened when you hold your sick child and her temperature reaches 103 degrees and you don’t know what to do. Or when you think about how you’d put food on the table for her if you get injured or lose your job. Or when you worry about all the things that can happen to her when she goes out into the world, or when you wonder if you’re royally screwing up the whole raising-her-thing. You rock her gently and tell her everything is okay and there’s nothing to be afraid of, and you wish there was someone to comfort you in the same way. But there’s not.

11. You are never alone and still feel lonelier than you ever have in your life. I’m never alone. Never. I’m not alone for my morning pee. I’m not alone during the day at work. I can’t cook dinner without tripping over a 5-year-old full of questions I can’t answer (another irony). But, at least at times, I’ve never felt lonelier in my life. I’m a working single parent, but I know SAHM’s must feel the same way. I have cried myself to sleep wondering if I’ll ever be in bed next to another person again (who doesn’t have a diaper on, and I don’t mean when I’m 80). But unlike many SAHM’s, at least I get to interact with adults during the day. Being with children for long periods of time is lonely.

12. You constantly wish you could have “me” time. But when you get it you either miss your kid or feel guilty over wishing for their absence, or both. This one is ironic considering number 11. The times I feel the loneliest, I just want to be alone. The times I can’t do it anymore. The times I break, and there have been many. The only “me” time I get naturally built into my day is on my commute, in the morning after I’ve dropped off the child but before I get to work. Those are ten glorious minutes, and sometimes they are my favorite minutes of the day. But when someone takes the child off my hands for a longer period, I often spend my “me” time missing her or feeling guilty. Dammit all, what the hell is that? Or sometimes before bedtime I’ll be thinking how much I can’t wait to be away from her, but then when she falls asleep I stare at her thinking how amazing she is. This literally makes me feel bi-polar. Like, I’m pretty sure parenting has made me bi-polar.

13. You have a child to save your crumbling marriage. Baby turns out to be opposite of marriage glue. Okay I said I’d only have a dozen. But then I thought of this one, so now it’s a baker’s dozen. Obviously I’ve never experienced this personally, but I’ve watched plenty of you crazy straight people do it. Babies are often called bundles of joy. They are, in fact, bundles of screaming diarrhea. Because irony. It’s a head-scratcher why that wouldn’t save a troubled marriage.

Being a parent is hands-down the hardest thing I’ve ever done in my life. It’s soul-crushing, sobbing-on-the-floor hard sometimes. And perhaps the biggest irony of all is that I’d do it again in a heartbeat. Even with the constant exhaustion, the gray hair, the stress, the worry, all of it—I wouldn’t trade it, even though I never planned it. I may daydream about my previous life, but I’d still take the one that makes me feel bi-polar. Seriously, though, what the hell is that? That is beyond irony. It’s madness. No, it’s beyond madness. It’s motherhood. 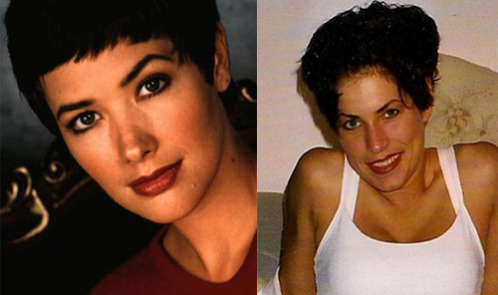 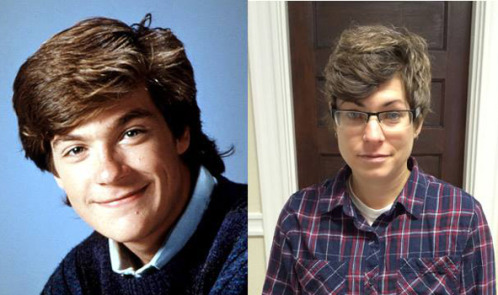 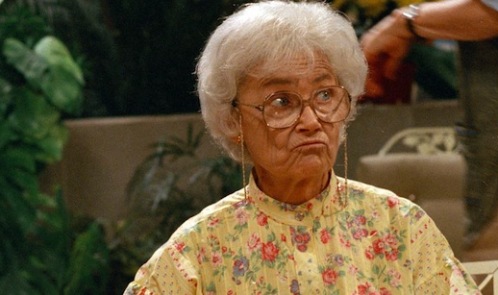